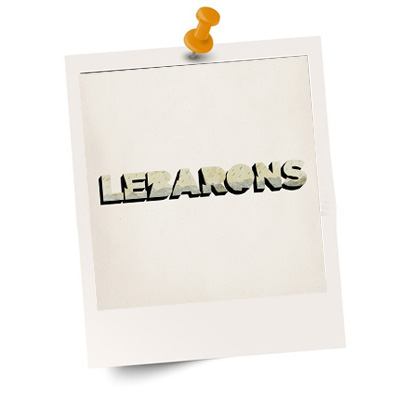 At last! Our friends from Toronto, LeBarons have finally finished their debut full length album and are releasing it out into the wild, after nurturing, developing and growing the songs for well over two years now.
Let’s not dwell on the mishap which meant RMHQ got missed off the original mail-out; because “all good things come to he who waits” or some nonsense like that.
We still play their phenomenal EP ALLISTON on an irregular basis in the office; so anything new has to be exciting, doesn’t it?
Will it be different?
Will it be the same?
Will it be better?
Phew……………opener Long Highway far exceeds my fanboy expectations; as an almost military beat from the bass and drums add to the atmospheric production on a wonderful ‘road song’ worthy of The Travelling Wilburys or Little Feat if they’d come from Nashville.
BOOM! The next song Bad News wasn’t what I was expecting at all; it’s as if there was a power surge in the studio as every instrument sounds 5 x faster, louder and tighter as Chris MacDonald opines his bad luck in life AND love as the band support him with the most muscular harmonies I’ve ever heard in my life; and I only wish that this had closed the album as I’m sure it will be ‘that sort of song’ when played live….with the audience shouting along with the glorious choruses.
Now I’ve got my head around them; the songs are indeed ‘fuller’ and ‘more seasoned’ than on the debut; but that’s to be expects as these crazy cats have spent as much time on the road as in the studio in the interim.
While the band is so much more than just Chris MacDonald and a bunch of mates; his songwriting has somehow managed to move on leaps and bounds, with Quiet and Waste which follows it; both having a kind of coiled spring ambience to them…… leaving you on tenterhooks as both songs play out and build to a brain penetrating climax.
To some degree LeBarons have reined back their quintessential Canadianness here; going for a more earthy transient sound that will suit listening tastes all across the English speaking world (and beyond hopefully!). Until It Goes is an Alt. Country song, but only in as much as it really is a cool Country song with a pneumatic rhythm section and more Twang from the guitars than you’ll hear in a whole weekend in the Horseshoe Lounge.
Then there is the Border Land Country of Power Lines which somehow sits perfectly comfortably straight after the almost ‘experimental’ title track SUMMER OF DEATH, which leads us down a dark and dangerous path into Gothic Canadiacana, if such a thing exists!
I haven’t really had a lot of time to pore over ever song I intimate detail; but a couple of songs on a rather exceptional record really do stand out; the haunting Born in ’76 which sounds like LeBarons are singing and playing behind a tattered velvet curtain in a seedy nightclub as the bar staff clean up around them.
Then there is the potent Brand New Sound which sounds like something concocted after a long night driving along the back roads as a storm howls around and only Bruce and The Clash on the car stereo. As the title suggests it is a brand new sound for LeBarons and in its own way is the lynch pin for everything else here; and for that reason is the RMHQ Favourite Track, by a country mile.
The lyrics sound as if they are both introspective and observational in equal measures; perhaps they are and perhaps they aren’t; but first and foremost this is an album is simply great to listen to under any and all circumstances plus, it has the hallmarks of being a Game Changer for my favourite band from Toronto.