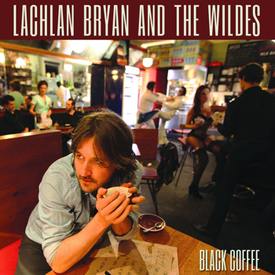 Lachlan Bryan and the Wildes

Aussie give America an Alternative to Alt. Country

Australia has always had a reputation for liking Country music and in recent years there’s been a steady stream of quality acts coming out with their take on Americana and now we have Lachlan Bryan taking Alt. Country back home and doing it with big cojones too.

Without ever trying to effect an American accent; Wylde still manages to sound as if he was born on the Plains and educated in the Roadhouses of the Carolinas as he rattle through 10 fast paced, self-written chunks of quality toe-tapping music.

The rusty guitar chords that open the album on 309 signaled an album that I was going to like; and my radar was correct as Bryan’s Gothic tale of a romantic liaison that ends with a dead body and the protagonist racing away from the sirens is perfectly paced and has a hook that makes you ‘need to listen.’

You, Me and the Blues is a well hashed theme in Alt. Country; but in the Australian’s hands and the way the band bash along like something coming out of Main St. Bakersfield with its backside on fire; you’d forgive him and them anything.

While the album is chock full of superior fast paced music; my favourite track is the slow and cinematically sad Deathwish Country which has just the right amount of pedal-steel to stop you bursting out in tears.

The title track Black Coffee is something of a ‘Talking Blues’ and could easily have been something Johnny Cash could have recorded; especially in his earlier days.

No Country album would be complete without a sad love song; and on Kiss Me or Kill Me Bryan gives us one with lyrics so sharp they may cut your ears to shreds as you listen; and again the pedal-steel gives it an added ‘something.’

The only down side is one track; The CEO Must Die; which is a modern ‘Gothic’ song about a disgruntled worker coming back with a gun. I just don’t really like the title and to some degree; the sentiment. Perhaps I’m getting old.

A world weary voice, tip-top musicians and whip smart lyrics – what’s not to like?