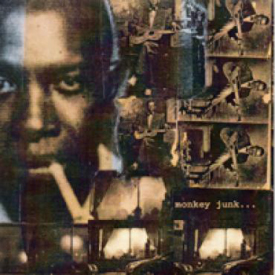 The Blues in all its guises is an acquired taste; and Delta Blues especially so; as it can be very hard on the ear if done badly. On the other hand; like red wine, if you persevere it can become obsessive and you can’t imagine life without it.

For me it was discovering that Crossroads by Cream wasn’t an original composition as a teenager and buying a 99p LP in Woolworth s with Bukka White, Skip James, Robert Johnson and a dozen more on, to see where the original song came from and BOOM; a love affair began.

I   guess Andy Turnbull and John Nellist must have had a similar epiphany at some stage too because this album just oozes reverence for Delta Blues on every single track.

As every track is a cover version; there’s nothing new here for the Blues aficionado but what there is has been recorded with care and passion, so younger listeners can have a starting point for discovering the joys of the original versions themselves.

The album begins with a sweet adaptation of Son House’s Death Letter Blues that left me wondering why I’d never heard this duo before; as you can only presume Nellist has spent a lot of years belting out Rock songs to get this rasp in his voice; and Turnbull’s slide guitar playing is so good, it’s reminiscent of both Ry Cooder and Stefan Grossman; and I don’t say that lightly.

It’s difficult to get excited by yet another version of Shake Your Money Maker; but this one does owe more to the original than most, and is still eminently listenable.

I’ve only heard the original once before but I doubt the Reverend Gary Davis’ version of Going Down the River ever sounded as good as this; and it’s the same with Blind Boy Blake’s Police Dog Blues; and when you consider that this album was recorded in a Cafe; after hours with no editing or cleaning up in fancy studios you have to marvel at the quality of Turnbull’s Resonator playing and Nellist’s voice; but that method of recording leaves Monkey Junk with nowhere to hide; not that they need it when they are as good as this.

If you vaguely like the Blues or indeed you are a sad anorak (like me) I can’t recommend this album highly enough.