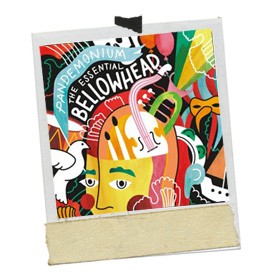 In the days when I wrote for Maverick magazine I actually received hate mail the last time I reviewed a Bellowhead album. I guess saying it sounded like ‘bad A Level Poetry set to Modern Jazz’ upset the more militant wings of the Folk Music.
Subsequently I’ve seen them perform twice at Festivals and they truly are amazing in that setting; although the over choreographed set pieces made my teeth itch; but the over capacity tents loved every nano-second.
So after 11 successful years singer and founder Jon Boden has decided to step down and ‘pursue other interests’ (?) meaning all 37 other members now have to find new employment.
Until then we have a farewell Tour to look forward to alongside this musical extravaganza, where every track was selected by a band member.
All of my preconceptions were fuelled with opening track New York Girls which mentions ‘Fair Maids’ and ‘The Polka’ over a jaunty almost naval tune that sounds like everything but the kitchen sink has been thrown into the mix.
Now; I also have to admit that the quality of musicianship is exemplary throughout with each musician sounding as if they are not just Classically trained but right at the top of their respective ‘game.’
Obviously for me it’s going to be difficult to find something I genuinely like but I will throw in Let Her Run with it’s slightly Ska meets Heavy Metal tune and passionate vocals being one I sort of like, in a contrary way.
If I through caution to the wind I rather enjoyed Whisky is the Life of Man as it sounds like it could or should be in a musical theatre production.
It wasn’t until Cold Blows the Wind that it dawned on me why I disliked everything so much; they are far too happy for my personal tastes! While there’s still an annoying brass section on it, a Dub version of Cold Blows the Wind would probably be a lot more to my taste if such a thing existed.

#Against all normal rules and regulations I loaned my review copy to my one and only hirsute, hipster Folkie mate and his initial reaction was “Effing Fantastic! Can I have it when you’re finished with it?”

It just goes to show music appeals to people in many different ways.