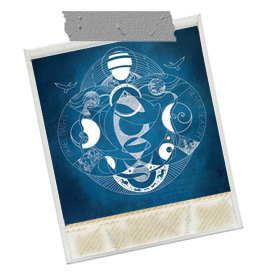 This album has taken me an age to get my head around; and even now after a month or so, I’m still not convinced I ‘get it.’
I definitely liked Nash’s debut album New York Town; which I remember thinking was a ‘little rough around the edged – but showed great potential’ then two years later Barn Doors and Concrete Floors proved I was correct as the progression in songwriting and construction was tangible.
Leap forward another couple of years and Israel had dropped Gripka from his moniker and Rain Plains was something of a minor masterpiece (albeit with a CSN&Y template).
Which brings us to Silver Season, where Nash again has moved on; but this time only in as much as he now seems enamoured with Neil Young’s Cowgirl in the Sand and has written an opus with that in the forefront of his mind!
At times you will feel the last 40 years never happened as Israel Nash sounds like an inhabitant of Laurel Canyon circa 1972; especially on A Coat of Many Colours and Lavendula; with Mariners Ode following suit too.
If I’d not heard his previous work I think I would have fallen head over heels in love with sumptuousness of tracks like LA Lately and the opening song Willow; but to me Nash is a great storyteller and songwriter, but on these (and a few other tracks) I’ve found it difficult to extricate that sweet voice from the massive arrangements surrounding the lyrics; even on headphones.
Too much of Silver Season suffers from over production and a love affair with Psychedelia; smothering some potentially really good songs in the wake; especially album closer The Rag and Bone Man.
Others may disagree.