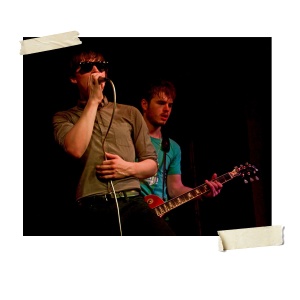 The Strypes
Cluny
Newcastle
8th June 2015
As the larger than life Mighty Stef from Dublin’s fair city, were crashing through their opening song I Really Love You, three pretty young girls to my left looked utterly bemused and showed my pal their tickets. Looking embarrassed they scurried off to Cluny II to see a Folk-Pop hybrid duo.
If the girls had stayed they’d have heard some impressive Indie-Punk, like Night Watchman, Murder in the Tower and my favourite; Milk White Tears.
The band revolve around the hirsute and charismatic Stefan Murphy who sounds like a cross between Morrissey and Bob Geldorf while the band come across like the Crickets playing Stooges tracks – confused? You will be; but their debut album promises to be very interesting indeed.
The Strypes on the other hand appear to have popped out of the womb looking cool as cucumbers and being able to play Maximum R&B like pensioners! 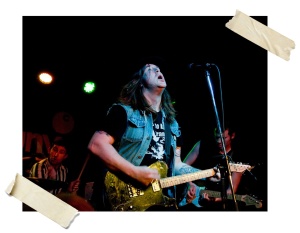 Being the old cynic I am; three years ago I presumed that the Strypes were a well constructed boy-band and managed by some Irish Svengali. But after watching a documentary about them last year; nothing could be further from the truth, and tonight went on to prove what a rare talent these ‘kids’ are.
As soon as the stage was set; the house lights went down and the quartet took up their positions with well practised ease; with singer Ross Farrelly adopting the classic mean and moody pose of generations before him; before letting rip with Now She’s Gone at breakneck speed. The pace didn’t slow down for over 90 minutes and even got faster towards the end. Oh to be young again.
It’s all too easy to say that the Strypes have based their act on the British R&B scene of 1964 – 66, and they undoubtedly have, but they already have their own ‘sound;’ that includes old School Rhythm and Blues; Pub-Rock ala Dr. Feelgood, elements of the Jam, Humble Pie and Rory Gallagher and probably even the Arctic Monkeys. After all that; they sure ain’t a tribute or covers band as their songs are terrific; obviously aimed at much younger people than me; but then again didn’t all of those acts in my list when they were in their formative years?
Tonight’s sold-out crowd was a bizarre mix of teenybopper girls, cool hipsters, students, 1st and 2nd generation Mods and a lot of curious music fans…..and me.
You had to feel sorry for drummer Evan Walsh because he sat at the back sweating his cobs off, hidden behind a huge pair of Aviator shades, bashing out time in a solid Charlie Watts/Ringo Starr fashion alongside the eccentric bass player Peter O’Hanlon. O’Hanlon by the way; plays his bass faster than anyone I’ve seen in 40 years while shooting around the stage as if he’s constantly getting electric shocks – which may be the case when you see his hairstyle.
Much like every other ‘great band;’ the dynamic between singer and lead guitarist are often what separates them from the pack. Tonight Farrelly played the ‘Cool Dude’ in three-button jacket, Wayfarers, skinny black jeans and DM’s to the ‘sexy’ Josh McLorey; who isn’t afraid of a hint of colour when it comes to stage attire and plays guitar as if his life depends on it.
Tonight’s set was mostly made up of new songs from their forthcoming second album; a smattering of tracks from their old singles and the inclusion of a forgotten classic – Joe Jackson’s I’m The Man; which was a perfect song for a cocky band like this.
Of their own songs; I Don’t Wanna Know, Scumbag City and Mystery Man (which had the teenybopper girls body-slamming with some blokes who should have known better!) were all exceptional; truly exceptional. 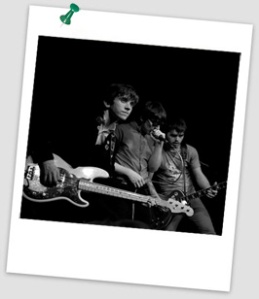 By the time the band returned for their encore they were all genuinely dripping with sweat and on the verge of exhaustion but Farrelly got a second wind to snarl and scream the band’s version of Kick Out the Jams! Yes. That one. The MC5 song – crazy I know; but it worked. This song heralded even more pogoing and moshing. Thankfully the older guys quickly ran out of steam and contented themselves with a communal circle-dance during the 110mph Blue Collar Jane and eventually Bo Diddley’s You Can’t Judge a Book by the Cover; which became a sweaty sing along to bring an amazing gig to a close.
I’m 57 years old and have been going to gigs since I was 14 (Rory Gallagher). Over those years have witnessed some amazing concerts; both very large stars and very small acts; so when I tell you that I was still buzzing when I got to my bed an hour later and couldn’t get to sleep until after 1.30 for thinking about what I was going to write; makes this a very special concert indeed.