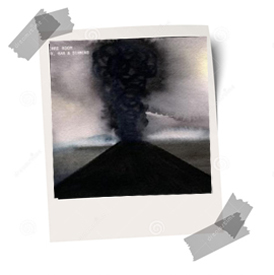 Ochre Room’s debut album Evening Coming In took me by surprise with its simplistic production and intelligent songs, when I discovered it last year. So, receiving an early copy of their latest work left me feeling a little bit nervous when I unwrapped the disc.

The six-piece band from Finland have kept the same basic formula that impressed me; but, this time, each song appears more considered in its construction, with instruments as diverse as a cello and a pedal steel being used to glorious effect when added to the band’s core sound.

On the opening track, “Other Side of the Town”, sparse guitar, luscious harmonies and a trumpet solo conjure up Ry Cooder-like imagery and you immediately know this album is going to be a keeper.

“Less”, which follows, belts along at a fair old lick. The pedal steel guitar that entwines every line in a beautiful song just smacks of a band that has been listening to lots of classic 80’s country, music or perhaps bands like the Deadstring Brothers.

One of the tracks that harkens back to the previous album’s mix of Southern Gothic and northern melancholy, is “Wistful Smiles”, which highlights Lauri Myllymäki’s delicious voice and features some stunning harmonies and backing vocals from Minttu Tervaharju.

Probably the strongest song here, and the single, is another country-flavoured toe-tapper. Like the rest of the album, “Garbage Trucks Are on the Move” has a magnificent narrative quality. It’s coupled with a commercial melody, which should get it and Ochre Room the radio play they undoubtedly deserve.

Box, Bar and Diamond ends with the title track itself and, at last, Minttu is allowed to take lead, with Lauri providing harmonies. WOW! Somehow she manages to have a crystal clear voice with sexy, smoky overtones, which just left my jaw hanging open, leaving me hardly able to concentrate on another epic song.

If you take all of the constituent parts of this album – the multitude of instruments from electric guitar to banjo, trumpet and glockenspiel, plus the fact that Ochre Room come from Finland – it would be all too easy to give this album a wide berth. But, if you like intelligent, well-crafted Americana music, you will love this album.