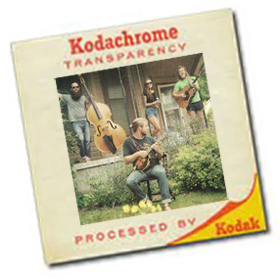 Putting the Blues into Bluegrass.

It was only on the back of a forthcoming gig at the legendary Jumpin’ Hot Club in Newcastle that I bothered to request a copy of this album; and three weeks later it still has me absolutely mesmerised.
With the male three quarters of the ensemble sporting the requisite beards associated with Bluegrass music and Lindsay Lou looking like Daisy Dukes cousin on the album sleeve; I knew exactly what to expect.
Only I was wrong!
Yes the Flatbelly’s are an Acoustic Country group; but pigeon-holing them as ‘Bluegrass’ is a huge mistake; and doesn’t do them any justice at all.
Hot Hands which opens the album has some funky mandolin and super-slide guitar accompanying Lindsay Lou’s smoky voice on a song that straddle many musical fences and easily piqued my interest.
Surprises come thick and fast; we even get a 30 second interlude which borders on Classical the way a Dobro and Viola (?) interact before Lindsay’ sweet voice slides in seamlessly on the next song The Fix which is American Folk music at its finest.
Confused? You won’t be.
Harmonies abound throughout too; with Lindsay, bassist PJ George III and mandolinist Josh Rilko interacting like peas from the same pod on the slightly Jazzy House Together and the delightful Here Between.
One of my favourite tracks is the rat-a-tat Country-Blues of Criminal Style. Just like the rest of the album this track was recorded ‘live’ around a few vintage mics in a Michigan dining room. The sound is crystal clear throughout and makes you wonder what the likes of Pink Floyd actually get up to when they are locked in a studio for years on end.
The title track Ionia, a delicious Bluegrass instrumental, named after the town they recorded the album in, really showcases how good a musician each of the quartet is; without any need for showing off.
Everything comes to a close with some low down and dirty, Delta Blues tune straight out of East Mississippi. Smooth and Groovy is just what it says on the tin; with Lindsay Lou sounding as sultry and naughty as if she was Lucille Brogan’s Granddaughter; but with enough added bottle-neck guitar to make your hair stand on end.
Honestly Lindsay Lou and the Flatbelly’s really do straddle every Roots genre with the greatest of ease and always sound like they are enjoying every minute – you will too.