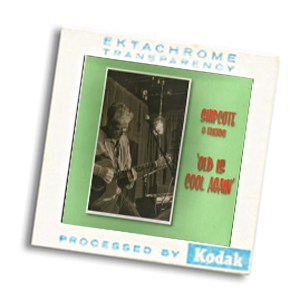 The King of Geordie & Western Swing Does It Again.

Every week in 2015 I received albums from all around the globe; some from household names and many from regional acts looking for a ‘leg up’; but none excite me as much as when Shipcote casually teld me he was sending a new disc.
I can’t even tell you why that should be; because most other albums of this ilk leave me a little bit nonplussed; but perhaps the way Shippy happily combines Western Swing, Gipsy Jazz and Old-School Blues with the occasional local theme; it tickles my fancy every time.
The album opens with a delightfully short instrumental; based around a piano accordion and a rumbling Rumba tune. Saltwell Park Lilt could go on forever for me; and while it’s named after a local park; it feels like a sunny walk in the park anywhere in the world.
Just when you are sitting comfortably, without a care in the world letting the music wash over you; Shipcote drops two smart-bombs, in the guise of the toe-tapping Carehome Blues and the big, bouncy and brassy Sometimes Your Up. It’s all too easy to pass these two songs by; but delve a little deeper and you willfind two eye wateringly, heartbreaking stories hiding within two jaunty tunes.
It’s very rare that a British songwriter can make our Cities and regions sound as romantic as they do in the Americas; but Graham manages just that in North of England. It’s so good; I’d pay good money to see him sing it live somewhere in the Colonies (or London) and hear the audience sing along with the catchy chorus. The NE has a new anthem!
While it may not appeal to everyone; but I absolutely love the track Football Focus. OK there’s a lot of blinkered music fans out there who hate the Beautiful Game; but those of us who are fans will smile at the recognition of many things he picks up on.
The title track Old Is Cool Again; will appeal to all of us of a ‘certain age’ (even those in denial) and for the first time on a Shipcote album, we get girly backing singers on the chorus. Couple that with our fella’s warm and friendly voice alongside that accordion again plus Bry never sounding finer on ‘Jazz’ guitar; we have a distinct winner.
By far my favourite track on a lovely album; is Mr. Wonderful. A delightful Country-Jazz ode with a tight tsh-tsh beat; that has had me baffled for weeks; as it must be about someone I actually know! But I can’t put all the pieces together to come up with a name; perhaps I’m thinking too hard about it and should just love it for what it is. Oh – I can’t think of another time someone has rhymed Excitement with Newcastle United; in fact it’s a long time since those words were even mentioned in the same sentence.
The album closes with a rather beautiful love song, Angel of the North (pt2) which may or may not be a reprise of the song of the same title on his previous album; but this one manages to reference the greatest Music Club in Christendom – ‘We Go Dancing at the Jumping Hot Club’ that apart; it’s a glorious story of long term love that could be about me and Mrs. Magpie.
For nearly 10 years now Shipcote; with or without his Friends has been my default setting for cheering myself up when things get bleak; and yet again he has somehow managed to surpass his previous offering and everything that has gone before it.

One thought on “Shipcote & Friends – Old Is Cool Again”