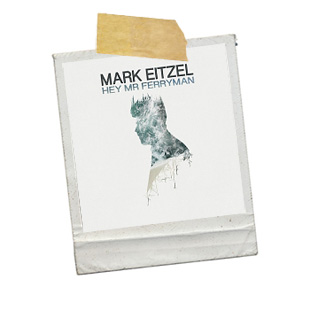 Mark Eitzel’s ‘band’ American Music Club released something like 10 albums and friends of mine go weak at the knees whenever their name is mentioned; yet they somehow managed to fly under my radar; much the same as Eitzel himself until I was goaded into seeing him at the Jumping Hot Club 3 or 4 years ago…….wow; I was knocked sideways that night!
Hey Mr. Ferryman is his 17th (? possibly) solo album and as opening track The Last Ten Years oozes from the RMHQ speakers I was immediately reminded of those heady days when I was smitten with the enigmatic Scott Walker and indeed the Walker Bros. themselves.
While I-Tunes may list this album under ‘Rock’ on my computer this is Easy Listening for the 21st Century in anyone’s book. While the lyrics to The Road and perhaps An Angels Wing Brushed The Penny Slots appear frivolous on first listening; subsequent plays unravel mysteries of epic proportions.
Producer du Jour Bernard Butler has created a minor masterpiece here; creating multi-layered epics with La Llorona with it’s power-pop guitars and Let Me Go; but never straying from allowing Eitzel to glow in the spotlight.
As a newcomer to Mark Eitzel I’m astounded by his amazing use of language and the way he uses minor details to emphasise a point; much in the way Patrick Morrissey did years ago. When you hear the opening line of In Nothing and Everything ‘Night falls like a chain’ you know you are in for something special; and you are.
When I first received the album two titles caught my attention; Mr. Humphries and In My Roll as a Professional Singer and Ham. Naively I half expected both to be tongue in cheek; and I couldn’t have been any further from the truth. The former is as dark a song as appears here and in the latter he actually does sing about the camp character from a 70’s British sit-com yet imagining him in his later years living out his days in Room 5 in a seaside hotel. Heartbreaking only comes close to me feelings as I listen to them in the darkness.
Music effects me in many ways according to my moods; and this album came along at a very dark time (a family death); meaning I immersed myself in this for three days solid…..totally falling in love with Sleep From My Eyes and the enigmatic The Answer which takes my breath away each time I hear it.
So; Mark Eitzel is hardly a household name and this album won’t get him on daytime TV discussing its many merits; but in me he’s found a life-long fan who is about spend the Grand-kids inheritance on his back catalogue.